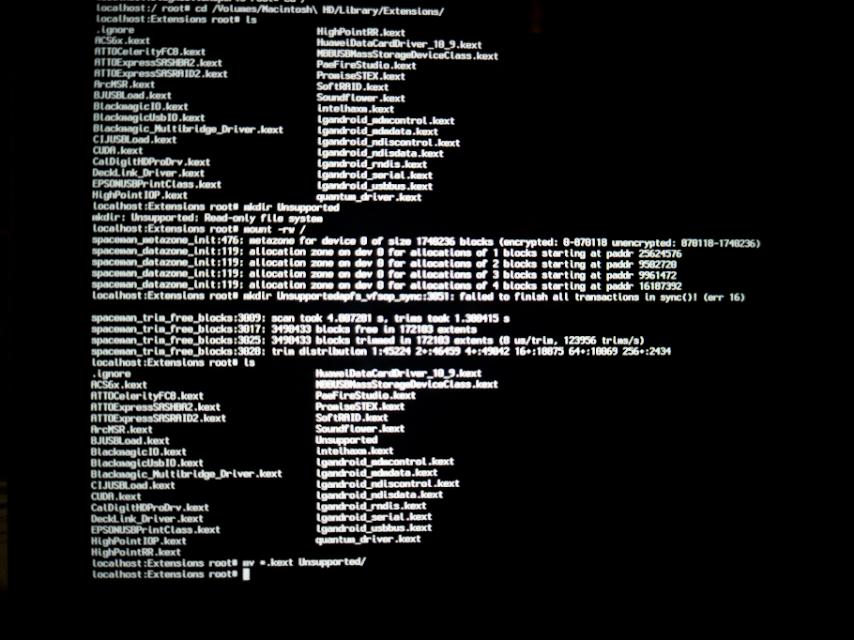 Today, I followed the update procedure of Apple to update to the latest MacOS Security updates. And… it didn’t go so well…

I tried the old PRAM reset and also an SMC reset as well. It still didn’t work. I got in to the recovery part as well, and was able to do a first aid on the disk. It all checked out well.

I also tried Safe Mode, but that didn’t really work properly, but it did spit out a lot of good information. I spotted something along lines of it hanging on a KEXT or similar.

Nothing really worked and it just stayed on this window, it basically looks like it’s hung…

After a few hours, nothing.

So I went to an Apple store, and asked for the most geeky non-retail person. They didn’t have what I needed, so have now booked in to see a genius.

I came home and thought I’d try and fix it again.

So, instead I tried this and logged in via Single User mode and followed this section.

The OS X Fix You’ve Been Looking For

I was ultimately able to surmise that the issue was an incompatible kernel extension (kext file). After booting into Recovery Mode, I opened Terminal. First I mounted the filesystem as read write, then navigated to /Volumes/Macintosh HD/Library/Extensions, created a new folder named “Unsupported” and moved all the kext files into it, then rebooted.

Note: see the updated script at the very bottom of this post to automatically remove non-default kexts. If you have renamed your hard drive to something other than “Macintosh HD” use the new name in the following commands.

So, in short, it was as I suspected, to be a suspect KEXT file.

This will get you out of trouble. 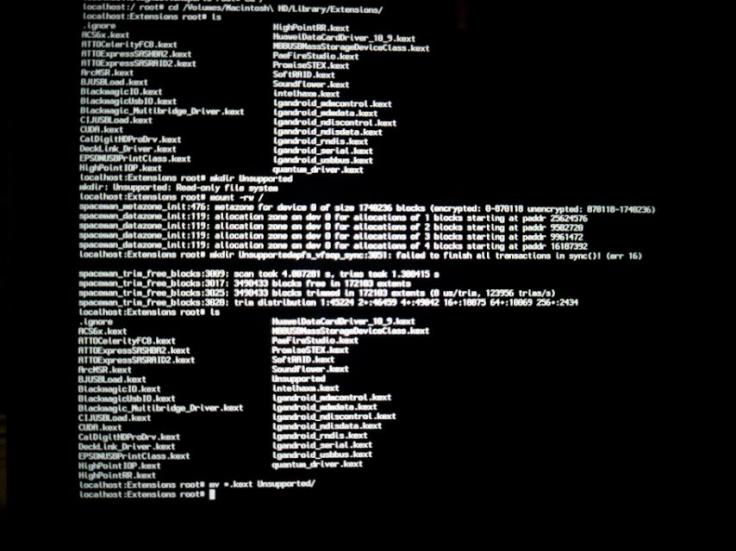 Like what you see and want to say thanks? Feel free to shout me a new t-shirt, mug, a house, or a just few bucks! Thanks in advance! -Steve (Blue Tomato Media)

Feel free to send me a few bitcoin satoshis if you like what you read.
1CT97sfZvBuCuphBPqvCfck3z4oj7aYeyi

Try out A2 Hosting. It's who I'm with, and they are much faster than GoDaddy, and their servers are always up. *Yes, this is a link to earn me money.

Have a look at my site. Radio broadcast software, and SMS extraction/export software. Get software here.